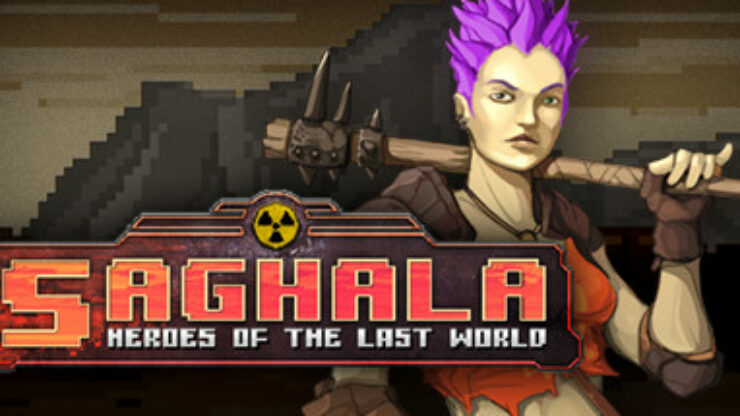 Role playing games are never in short supply in the indie game world. This time, we’ve got three very different RPGs that you should keep your eye out for, and get on your Steam wishlist.

Saghala: Heroes of the Last World

Saghala: Heroes of the Last World takes place in 2081, in the decades after multiple semi-apocalyptic events here on Earth (sounds familiar…). Electricity is gone, and your quest is to reach a legendary last fusion reactor somewhere. The plans for the game include being able to select from two factions, open world exploration, settlement building, crafting, and combat built around a card game. Overall, the game sounds incredibly ambitious. Visually, it looks like Stardew Valley and the original Fallout games had an illegitimate baby, which I’m 100% here for. Game is still very much in development by indie developer Koval Games from Poland. Add it to your wishlist so you can live our probable future.

Tales from The Dancing Moon

Ever notice how so many open world RPGs with settlement building feel like they should be pretty casual, but end up being massive time-sinks? Tales from The Dancing Moon looks like an exception to that rule. You play as a traveler visiting a village that has been the victim of mysterious attacks by shadow-beasts. From your room at the Dancing Moon Inn, you help rebuild the town, learn skills, complete quests, and solve the mystery of the origin of the shadow-beasts. The description of the game really emphasizes the “casual” aspects of the game, which is definitely attractive. As long as the solo indie developer building this world can avoid all the pitfalls that makes settlement building in so many RPGs so frustrating, this could be one to get excited about. Keep an eye out for it via your wishlist.

Having an open world, but locking players into very specific character roles and classes never made much sense. As a developer, you can’t tell a player “this is your fantasy sandbox, have fun” while also saying “you can only play the game if you play it exactly like this.” Mortem: Fallen Kingdom won’t make you do that. Along with being able to explore the open world, you can customize your character class as you play and can even customize your abilities. A quest-focused game, Mortem will add another layer of challenge by not having map beacons or waypoints. Instead, you’ll be required to rely on NPC (who can also lie) and your own ability to navigate, which sounds awesome and potentially frustrating at the same time. Visually, everything looks amazing and a perfect setting for an action oriented RPG. Be sure to follow War Penguin Studios and get Mortem on your wishlist.