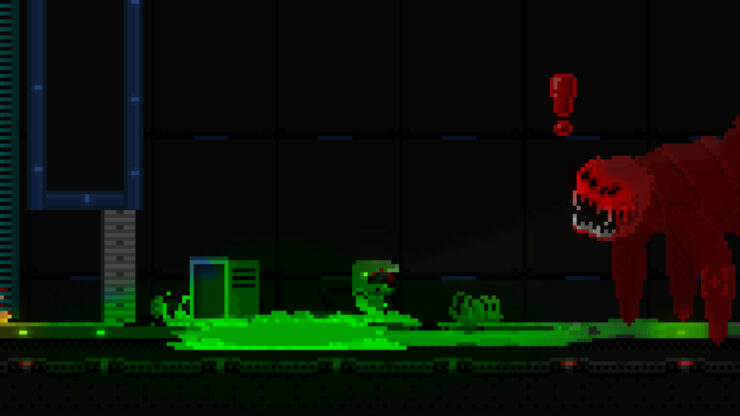 If we’re gonna talk about cheap games, let’s get into some games that cost less than a cup of fancy coffee. We’ve got five games for less than $5. In fact, you could buy all five of these game for $22.51! Not a bad haul for less than half the cost of a new big studio release.

Over the past 20 years, we’ve seen a ton of very serious games where the hero has to fight off hordes of aliens to defend humanity or whatever. Anyone who played a lot of these games definitely ran into the same goofy tropes and storylines, and couldn’t help roll their eyes. If that describes you, you’ll probably enjoy Alien Scumbags. You play as a space marine exploring the ruins of an alien infested ship that was the last hope for saving humanity. Full of gore, comedy, and 8-bit fun, this is a good get for more than half off.

Tactical RPGs combine two of my favorite things- RPGs and… tactics! Valley Knights takes those two things and mixes it with a setting of fantasy horror to create a tense environment where each move your character takes could be their last. One thing makes the game even cooler is the use of a morale system, where you can create tactics that don’t just kill your enemy, but see them break too. Normally about $15, you can get this one for 1/3 the price right now.

We recently suggested Half-Life as a great classic for less than $10, and it’s definitely something everyone should pick up. At the same time, Crowbar Collective’s remake of the game, Black Mesa, should also be on your radar. With an completely reworked single player campaign, new soundtrack, and phenomenal graphics, Black Mesa takes a great game and makes it even better. Take the role of Gordon Freeman to save the world again!

I’ve maintained for years that Diablo II is one of the best PC games ever made. Diablo III tried to recapture some of what made Diablo II so great, but didn’t quite hit the spot. Grim Dawn, on the other hand, gets a whole lot closer. A wild ARPG set in an apocalyptic world where humanity is pretty well screwed, Grim Dawn includes all the slashing, crafting, skill tree(ing?), and questing that makes Diablo II a classic. It’s about 5 years old, but definitely worth $5.

Lost in Blindness is another game that is on our radar to do a full review write up on, but it’s worth mentioning here now while it’s on sale. You take the role of Alex, a blind archeologist looking for secrets into the disappearance of the Mayans. One makes the game so unique is the game is designed to be played without sight. Everything about the game can be figured out via sounds! In fact, the developer recommends playing the game blindfolded. Full of puzzles and action, this is definitely a unique gaming experience.