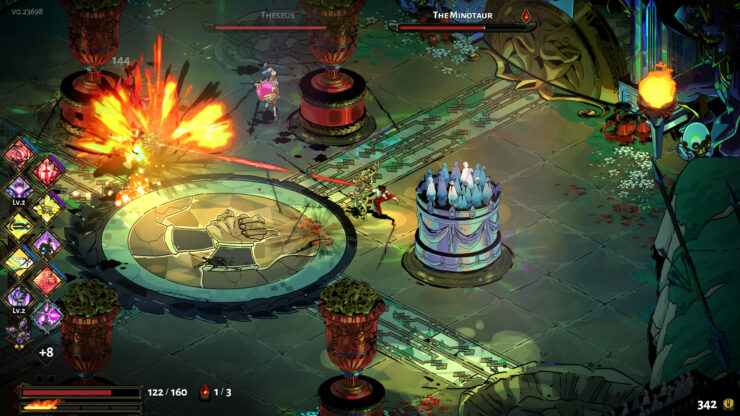 The start of the annual Steam Winter Sale is an exciting time for gamer. Especially gamers who like to get games cheap. Every Christmastime, we get access to a whole lot of great games with deep discounts, and sometimes those games aren’t even that old. In what will be the first of many installments highlighting some of the best deals we find, we’ve got five of the best indie games you can get on sale for less than $20.

Terraria is the old guy of this group, having been released 10 years ago. However, it’s not an accident that the game is still incredibly popular, is a staple on Twitch, and boasts Steam owners with gameplay time over 1,000 hours. If you’re somehow not familiar, Terraria is a completely open world quester and builder that looks like Minecraft but plays like an MMO. The content feels endless and you have total control to do almost anything you want. Oh, and if that wasn’t enough, you can bring your friends along too. The game is normally only $10, which itself feels like a bargain for all the content you receive, but I’m assuming the thought is everyone has it already. If you’re that one person who doesn’t, now’s your chance!

Omori was released almost exactly a year ago and became among the biggest indie hits of 2021. An RPG that follows a group of friends, and the turns their lives take, Omori is a killer game that is bound to be in the conversation for best story in an RPG for years. Along with that, the game comes with an art style that is cool as hell. It’s hard to write too much here without giving much away, but the game itself is a steal at $20, so with it on sale right now for about $16 you can’t go wrong.

Sometimes you just game with no violence, conflict, or pressure. And from the success of games like Stardew Valley and Animal Crossing, we’ve learned there’s a huge market for chill games. Enter A Short Hike. In this beautifully drawn title your only goal is to reach the summit of the peak you’re hiking. However, there’s no need to rush, and you can choose how you get there. As you climb, you can do quests, hunt for treasure, or just enjoy the scenery. It’s a virtual trip to your local park without the bugs or mud. A perfect excursion for just over $5.

If you haven’t heard of Hades, you clearly haven’t been paying attention. What is arguably the best roguelike ever made, is available with a nice discount, so if you haven’t dove into the slasher now is your chance. The story is you’re trying to fight your way out of Greek hell, and all of the Greek gods and their minions are out to stop you. The story itself is compelling. The action is baller. The difficulty is tough. And the art is among the best you’ll see on an indie game. There’s no better way to spend Christmas than smiting demons, imo.