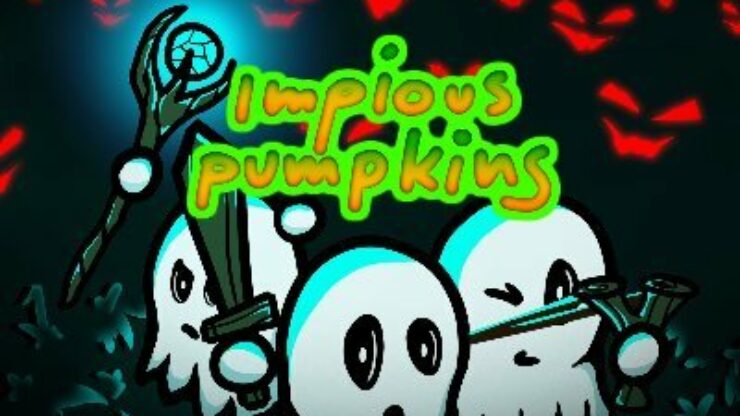 Sea of Stars is a turn-based RPG being developed by Canadian indie studio Sabotage Studio. The game “tells the story of two Children of the Solstice who will combine the powers of the sun and moon to perform Eclipse Magic, the only force capable of fending off the monstrous creations of the evil alchemist known as The Fleshmancer.” I’m always a sucker for turn-based RPGs, but all of the art released for this game is absolutely stunning. Everything about the game screams that it’s the spiritual successor for great Genesis RPGs such as Phantasy Star and Shining Force. The developers indicate the game will come with freedom of movement throughout the gameplay map, which would be a neat change.

As of now, Sea of Stars is slated for release on PC and consoles sometime in 2022. Be sure to wishlist it on steam here!

If you like open world survival games, Retreat to Enen is likely going to be your jam. Set in the year 3600, after humanity nearly wiped itself out, you play as a young adult sent to the island of Enen as a rite of passage. Enen is a lush tropical island with opportunities to hunt, fish, base build, and plenty of areas to explore. The screenshots released so far are unbelievable in how gorgeous the scenery is. One really cool sounding bonus are the lengths the developers are going to develop a truly relaxing gameplay world, including consulting with mental health professionals.

Retreat to Enen currently doesn’t have a release date, but you can wishlist it on Steam and follow development on Twitter.

Wanderlost touts itself as a “Wholesome Survival RPG set in the world’s cutest post-apocalypse.” I definitely believe it. I mean, just look at the main character’s bitchin hair! Like most open world games, you can build, craft, farm, fish, and all the other good stuff, along with slay zombies. While you meet your basic needs of food, water, and shelter, you can explore the procedurally generated map looking for loot and treasure. And it’s all adorable the whole time.

Even though there isn’t a release date set, you can wishlist Wanderlost on Steam. And don’t forget to follow Eli, the developer, on Twitter!

90’s anime ruled. Wander Stars takes that awesome art style and turns it into a turn-based RPG. Developed by Paper Castle Games, the game is billed as an anime you can play, where the main storyline follows two characters as they search for pieces of the Wanderstar Map. One of the coolest sounding things about this game is how attacks are created and customized by combining different words. For example, the Steam description notes you can combined the words SUPER AWESOME FIRE KICK to create… a super awesome fire kick!

The release date is still TBA, but you can wishlist Wander Stars here at Steam. Or if you want to help support the development of the game now, a Kickstarter should be going live soon!

Impious Pumpkins is an RTS game about commanding an army of ghosts against an invading horde of evil pumpkins to defend your sacred places. A lot of the game looks like it focuses on tower defense-like elements, where you’ll set up your forces and then waiting for the waves of evil pumpkins. Along with loving the whole idea of a couple of Halloween stalwarts fighting for supremacy, the art style in all of the screenshots just looks fun as hell.

There’s no release date set for Impious Pumpkins, but you also add it to your wishlist on Steam.

Língua – A puzzle game with a cuteness problem