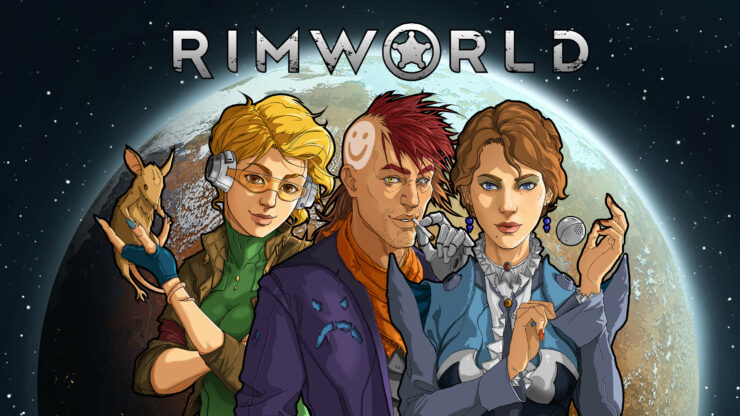 Rimworld doesn’t completely fit the profile of the games we focus on here at Cheep Games. By the current standard of the gaming industry, it is fairly cheap typically selling for $34.99, and if you ever see it on sale, you’ve just seen a unicorn and should act accordingly. It’s also the product of indie developer Ludeon Studios, so it meets some of our criteria.

But we’re still going to start here with Rimworld because it’s such a shining example of what indie game development can be. Along with Stardew Valley, Rimworld has helped shift the axis in the gaming world by showing games can still be successful without hyper-realistic graphics and sound as long as the gameplay behind the game is actually fun. Like Stardew Valley, Rimworld introduces a style of gameplay that’s seen some success in niche gaming circles and brings that style to a much broader audience, but unlike Stardew Valley the cocaine is sold out in the open instead of by Shane behind the JojaMart.

The concept of Rimworld is you start with a small band of characters stranded on a planet with just a few supplies and a ton of elbow grease. Your merry band needs to build a shelter, gather food, make basic necessities, defend against raiders, and make sure you eat all of your meals at a table. Each character comes with a certain number of traits, which can be good or bad, stats in various skills, and their own individual health. To make life in your make-shift camp more interesting, each character also has their own happiness gague taking into account everything from being happy they drank a beer, to being sad that someone murdered their husband and ate him (an actual thing you can do). As time goes on, your happy (or not so happy) little camp can grow by adding more characters from various missions or raider prisoners you persuade to join you.

While Rimworld is largely a sandbox that allows you to play forever if you want, there is an endgame condition of getting the hell off that planet. It can be done by researching the necessary technology to build a new spaceship or by completing a journey across the procedurally generated planet to an existing ship. That or you can watch your entire squad get massacred by insects. Totally up to you.

Almost everything is Rimworld is done by creating job queues and setting worker priorities. The only time you generally take direct control over your characters is in combat. Characters can also be told to make a job their top priority, but in the end they’re going to decide how and when they get there. There are various production stations for creating different items, with new items and stations available via research, and each characters skills and traits determine how good they are at using each station.

If all of this sounds a lot like Dwarf Fortress, you’re a cultured gamer. Rimworld is, in a lot of ways, Dwarf Fortnress with more cannibalism and less digging. The world in Rimworld is effectively flat, with no real options for characters to go to different terrain heights. All the graphics are 2D and the view is entirely top down. While it clearly has better visuals that Dwarf Fortress, if you’re looking for pixelated eye-candy, this isn’t for you. The joy in Rimworld comes in creating efficient production lines, building fun and defensible bases, and growing as much as possible while watching waves of raiders explode on your IEDs.

Rimworld also makes a very big deal about the game being less about trying to winning and losing, but more about being a procedurally generated story teller. While it’s possible to scum save every time something bad happens, even the tool tips for the game encourage players to take the lumps and ride out the bad times. I myself have been the victim of raids that wipe out half my characters, only to come back stronger after another year of so of game time. That can be a hard thing for a lot of gamers to adjust to- not trying to “win” but just trying to survive.

Even at the time of this posting, Rimworld is fairly old by our modern video game standards having come out more than 3 years ago. Ludeon has since released two expansions adding new elements to the world, Royalty and Ideology. I have yet to play either, though both have decent reviews on Steam. However, the real beauty to adding features to the game is from the outstanding modding community. There are currently enough mods to change the game and how it functions to the point where it’s almost like playing an entirely different game, and thankfully the developer continues to support and not hinder modding efforts!