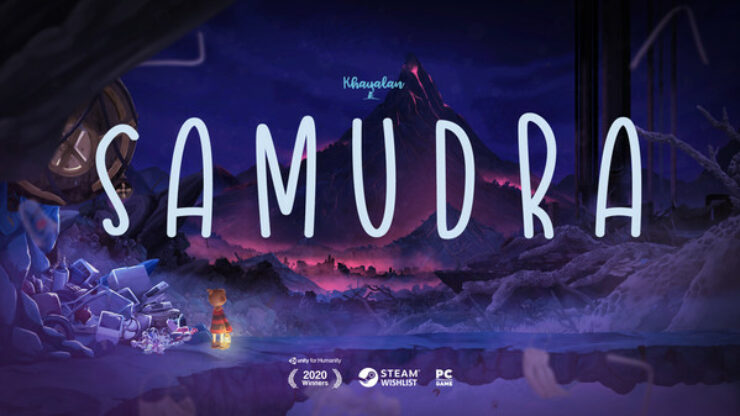 Beautifully hand-drawn Samudra, by Khayalan Arts, is a 2D puzzle game with a purpose. Explore undersea environments and learn about the ecological impact surface dwellers are having to sea life through encounters with various sea creatures. And bonus: profits from the game support Indonesian environmental activists!

Playing 2D platformer They Always Run is basically like playing a comic book. The sweet attacks along with the stylized violence makes for an amazing mix. You play as a three-armed bounty hunter tracking down the galaxy’s biggest scumbags and bringing them to justice.

What better way to recover from a Thanksgiving meal than exploring a hostile environment in the aftermath of the apocalypse? Dysmantle lets you do exactly that without actually getting cold. Set in a vast open world, do whatever it takes to survive and rebuild your little slice of the world. One extra cool element is almost everything on the map can be destroyed, so take out your rage at your uncle’s awfulness on that world instead of the real one.

Another fun builder that feels less like the Revenant, Mercury Fallen is a better drawn and less demented Rimworld. Take charge of a group of colonists that discover the facility they were supposed to have it wrecked, and they essentially need to start from scratch. Explore your new home while you mine, farm, and build your way to prosperity. All the while, you can learn about what the heck happened while you slept…