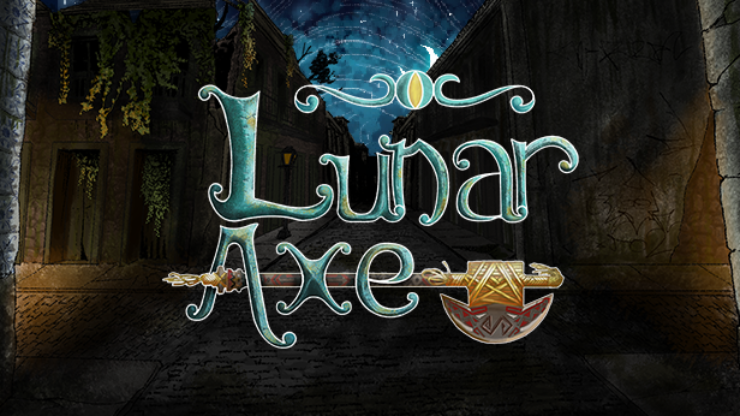 The first wildly popular mainstream PC game that I can remember is Myst. If you’ve never played it, it’s a point and click mystery that isn’t all that impressive by modern standards, but it was slow, simple, and had nice graphics for the era. I was pretty young when I tried playing it, and pretty much hated it after 20 minutes because it was so slow. And I couldn’t blow anything up, so what was the point?

That was the last time I tried playing a point and click story game. Nothing really against them, but I hadn’t really been pulled in to try one. That ended with the Lunar Axe demo. Just like Myst, Lunar Axe is a point and click mystery where your character is tasked with finding out what the heck happened to causes the tremors and earthquake that left you trapped. Developed by Brazilian Ops Game Studios, the game features more than 35 rooms, dozens of puzzles, and an engaging story.

First thing you’ll notice on the demo is the absolutely stunning hand-drawn rooms that keep you feeling like you’re exploring a comic book. There’s a few spots where the way the screens are drawn make it tough to identify what is or isn’t important, but that can be a good think if you’re really into the immersion. Plus, you can use your cursor to scan the screen looking for the cursor to change shape to indicate something is potentially useful. I also really enjoyed the sounds, which maintain an eerie feeling throughout, and lead to at least a couple jump scares.

Like most mystery or puzzle games like this, once you’re stuck it’s hard to get unstuck. The demo let’s your explore at least 8 or 9 rooms, but I couldn’t get much further. I got that far and then couldn’t figure out how to solve the next issue for the life of me and eventually gave up. That’s always the trick with these though, and for some people part of the allure!

Overall, I’m pretty excited to try this in full someday, and may open my mind to more point and click games in the future. I just may need a boost when it gets hard from time to time!