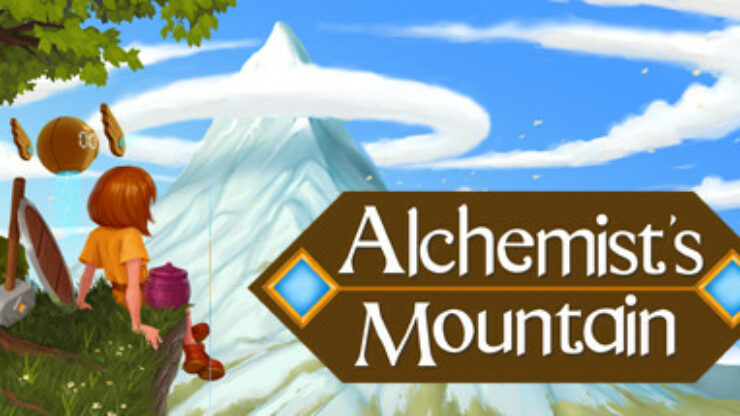 I’ve mentioned before that I’m not the biggest fan of platform games. Admittedly, because I suck at them. However, I do love puzzles and more Zelda-like games where you need to have an attention to detail to find the solution. Alchemist’s Mountain by Evil Art Bunny Studios scratches both of those itches, along with being a platform game, and based on the demo it’s going to be a lot of fun.

In the demo, you play as an explorer moving their way through a cavern. Dodging monsters and traps, you move from room to room looting chests and flipping switches to clear your path. The level featured in the demo also includes switches that allow you to manipulate the water level, which is actually a pretty neat feature. When the water level is raised and lowered, it also raises and lowers movable crates and some enemies. This plays a big role in solving some of the puzzles.

Enemies in the demo are limited to three fairly simple creatures. In fact, the demo level itself isn’t excessively hard (which might be why I liked it!) and you appear to have an infinite number of lives. There are save points throughout the level, so when you bite the dust you don’t have to start over completely. This comes in handy when facing the boss, who is tough until you figure out how to kill him.

The controls without a gamepad take some getting used to. Movement is done via the typical WASD keys, while attacking and using objects is done with the mouse. Eventually, I got the hang of it, but it definitely took some time. On the brightside, movement itself in the game is smooth and responsive.

Alchemist’s Mountain has a lot of potential. If the levels get more complex as the game goes on, this could be among my favorite platform games in recent memory. Definitely checkout the demo on Steam, and consider wishlisting the game.